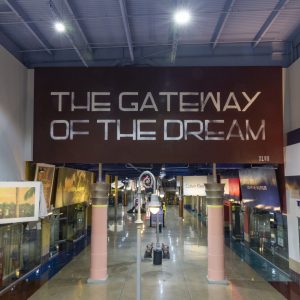 Faith XLVII (born Cape Town, 1979) is a South African interdisciplinary artist who has held solo exhibitions in Miami (2018), New York City (2015), London (2014) and Johannesburg (2012). As both a notable South African and woman street artist, Faith speaks to issues of human rights, spiritual endurance and social issues. A self-taught artist, Faith is widely regarded as one of the most famous South African street artists, her art reaching international fame. Common themes across Faith's work include sacred and mundane spaces as well as political problems, from environmental destruction, border abolition, and humanitarian issues. Her female figures speak to women's issues. Her art and rich symbolism speaks to issues of injustice, poverty, and inequality. Her murals are often referred to as post-apartheid, as they confront the failure of neo-liberal politics of the South African Freedom Charter in violent and impoverished townships in South Africa One can see the influence on environment in her site-specific works, exploring abandoned spaces in her work is a recurring basis.

Faith is the mother of a son, Keya Tama Keya was born in 1997 and has worked under the alias' Cashril Plus and Jack Fox before finally settling on his given name, Keya Tama. Faith has been extensively traveling and creating site-specific artwork globally since 2006. Her artwork can be found in over 50 cities worldwide. Faith is a self-taught artist. Her schooling came through graffiti art of which she began in 1997. Her move into contemporary gallery and studio environment, as well as her exploitive directions into multimedia projects can define Faith as a multidisciplinary artist and in a league quite unique of her own. Faith and Keya moved to Los Angeles in 2018.