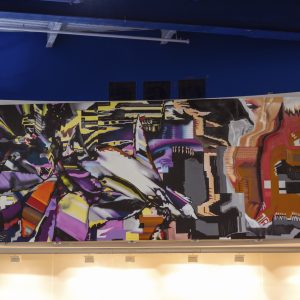 Sharing history & discussion around keeping innovation in graffiti going. “Askew One/Elliot O’Donnell is a self-taught multi-disciplinary artist hailing from the capital of the South Pacific, Auckland, New Zealand. From his roots in his city’s graffiti scene during the early 90’s, he became one of the key figures known internationally from the region. Additionally he has been an integral part of the scene through organizing Auckland’s first graffiti festival, setting up multiple gallery spaces and publishing both a magazine and book showcasing New Zealand graffiti art…”